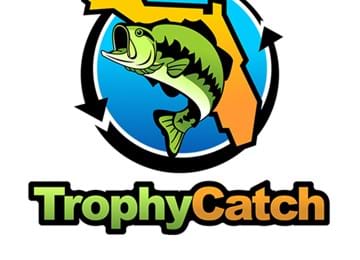 The Florida Fish and Wildlife Conservation Commission’s (FWC) TrophyCatch program has ended another successful season. The TrophyCatch team was thrilled to recognize and award the anglers who submitted 22 Hall of Fame largemouth bass that were caught, documented and released back into Florida’s waters. Of those fish, 14 received additional prizing from Bass Pro Shops ­-- a $50 gift card -- for submitting a photo of the length of the catch. Furthermore, Rodman Reservoir had 157 approved trophy bass, making it the top producing water body of the season.

TrophyCatch has awarded prizes for the catch and release of more than 10,000 largemouth bass since the program began in 2012. Thus far, 8,530 Lunker Club, 2,086 Trophy Club and 89 Hall of Fame fish have contributed to this landmark. TrophyCatch anglers have collectively caught and released over 97,500 pounds of bass.

Other wins for TrophyCatch this season include seven Hall of Fame bass coming from Hillsborough County. Prior to this season, this county had contributed only one other Hall of Fame fish. Additionally, three Hall of Fame fish came from historic Orange Lake in Marion County, which is now in its fishing prime following a natural drawdown in 2011 and subsequent habitat enhancement actions.

“We want to thank Bass Pro Shops and all of our partners and anglers for their commitment to the future of bass conservation,” said Tom Graef, director of the FWC’s Division of Freshwater Fisheries Management. “The data we receive from TrophyCatch is crucial in making management decisions and will continue to do so. Florida anglers must remain a part of our research team for us to continue being the Bass Fishing Capital of the World.”

Since the August opening of Headwaters Boat Ramp at Fellsmere Water Management Area, 21 TrophyCatch bass have been approved, making it the top Trophy Bass destination among all waterbodies during this time span. The valuable citizen science information collected through TrophyCatch helps the FWC evaluate management actions, such as the habitat enhancement and stocking that occurred on Fellsmere. This waterbody was TrophyCatch’s No. 2 top producing waterbody for Season 8 and had 56 approved bass during the year.

“I have been a part of the TrophyCatch program since its inception and I am always thrilled with each conservation milestone we achieve,” said Jason Dotson, Fish and Wildlife Research Institute Freshwater Fisheries section leader. “This unique program would be impossible without partners like Bass Pro Shops, which shares our fisheries conservation goals. The collaboration between our anglers and remarkable partners is why this program is able to happen and be so successful.”

The TrophyCatch program rewards anglers who provide documentation of their catch and release of largemouth bass weighing 8 pounds or heavier in Florida. In order to be eligible for prizes, anglers are required to submit photos or videos of their catch to TrophyCatch.com, showing the entire fish and its weight on a scale, before releasing it back into the water. FWC biologists use TrophyCatch data for bass research to make informed decisions about the management of Florida bass fisheries and to promote the catch and release of trophy bass.

The FWC encourages anglers to join TrophyCatch to become citizen scientists and assist in the management and the conservation of Florida’s freshwater fisheries. The associated TrophyCare program promotes best handling practices for trophy bass to ensure that each TrophyCatch bass is released alive. For more information about the TrophyCatch program, email Laura Rambo at Laura.Rambo@MyFWC.com.