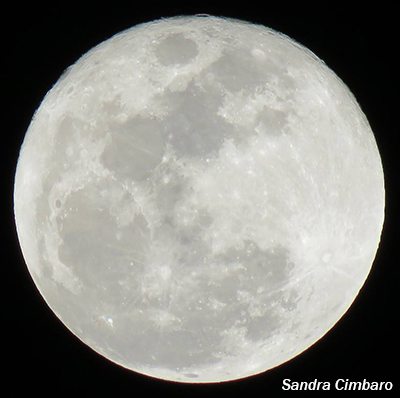 What is the Solunar theory about, and how can you use it to improve your catch?

Credit for the Solunar Theory goes to John Alden Knight, the author of "Moon Up...Moon Down" (Solunar Sales 1972), "The Modern Angler: Including the Solunar Theory" (C. Scribner's Sons, ltd. 1936) and "The Theory and Technique of Fresh Water Angling" (Harcourt Brace and Company New York 1940. In 1926 , he considered some folk lore that he picked up while fishing in Florida and decided to evaluate 33 factors which might influence behavior of fresh or saltwater fishes that caused them to be periodically more active. Of those, three seemed to merit further examination: sunrise/sunset, phase of the moon and tides. From that effort, this avid fly fisherman created the Solunar Theory (Sol = sun, and Lunar = moon).

Tides had long been known as an important factor in saltwater fishing success and the connection with moon phase was well understood. Knight then supposed that the relationship of the sun and moon, rather than actual tidal stages might be the determining factor. As his research continued, he determined that in addition to the time of moon up - moon down there were intermediate periods of fishing activity that occurred midway between the two major periods. So he coined the phrases 'major periods' and 'minor periods' to describe them respectively.

Knight used this information to publish the first Solunar Tables in 1936. These tables are still widely published and numerous programs, some on digital watches, emulate them. To be accurate the precise times from each table must consider the geographic location and be adjusted for Daylight Savings Time, if appropriate.

The periods of greatest animal activity (not only fish are influenced) last from 1.5 to 3 hours depending on the moon's relationship to the sun. Minor Solunar periods are indicated during the rising and setting times of the moon, and major periods are indicated during the two transits. You can roughly calculate these times for yourself by adding six hours to the rise and set times for the moon.

Because of the interaction between the many lunar and solar cycles, no two days, months or years are identical. June has a greater combined solunar influence than any other month. During a full moon, the sun and moon are nearly opposite each other and given the length of the day, one or the other is nearly always above the horizon. During a new moon, both bodies are in near-perfect rhythm traveling the skies together with their forces combined.

Other factors can greatly affect the predictive ability of solunar tables. For instance, you should also consider local weather patterns. Barometric changes, especially a downward trend, can often ruin fishing. Fish and wildlife have an innate ability to predict weather and react accordingly. Cold fronts tend to drive fish deeper and make them active. Conversely, If the barometer is steady or rising, and the air temperature is approximately 15 degrees Fahrenheit higher than the water temperature a more active response to a solunar prediction can be anticipated. Temperature is also associated with spawning times and can be a key factor in the seasonal patterns with which freshwater fish are sought.

Another thing to remember in dealing with Solunar Periods is that solunar influence will vary in intensity according to the position of the moon. The times of new moon (the dark of the moon), and full moon are the times of maximum intensity. Ocean tides reflect this intensity in their magnitude. This maximum will last about three days, and wildlife respond with maximum activity. Thereafter the degree of intensity tapers off until it is at its minimum during the third quarter phase of the moon.

Some salt-water anglers argue that tides have more influence on fish feeding habits than the moon itself. It must be understood that the tides are governed by the phases and transit of the moon. Certain marine phenomena occur with precise regularity during the lunar month and solar/lunar cycle.

Research has shown that a natural day for fish and many other animal species is based on a diurnal (twice daily) 'biological clock' that appears to coincide with lunar time. In other words its is based on the time that it takes the moon to complete one rotation of the earth (an average of 24 hours and 53 minutes). This is also called a 'tidal day' and explains why ocean tides are about an hour later each day - and why most fish, fresh water species included, will feed up to an hour later (in relation to our solar clock) each day.

Remember ... the BEST time to go fishin' ... is whenever you can safely!

Note: This article is derived from a variety of online sources including the Naval Observatory and www.solunar.com