Get in touch with a private lands biologist and find out how we can work together! 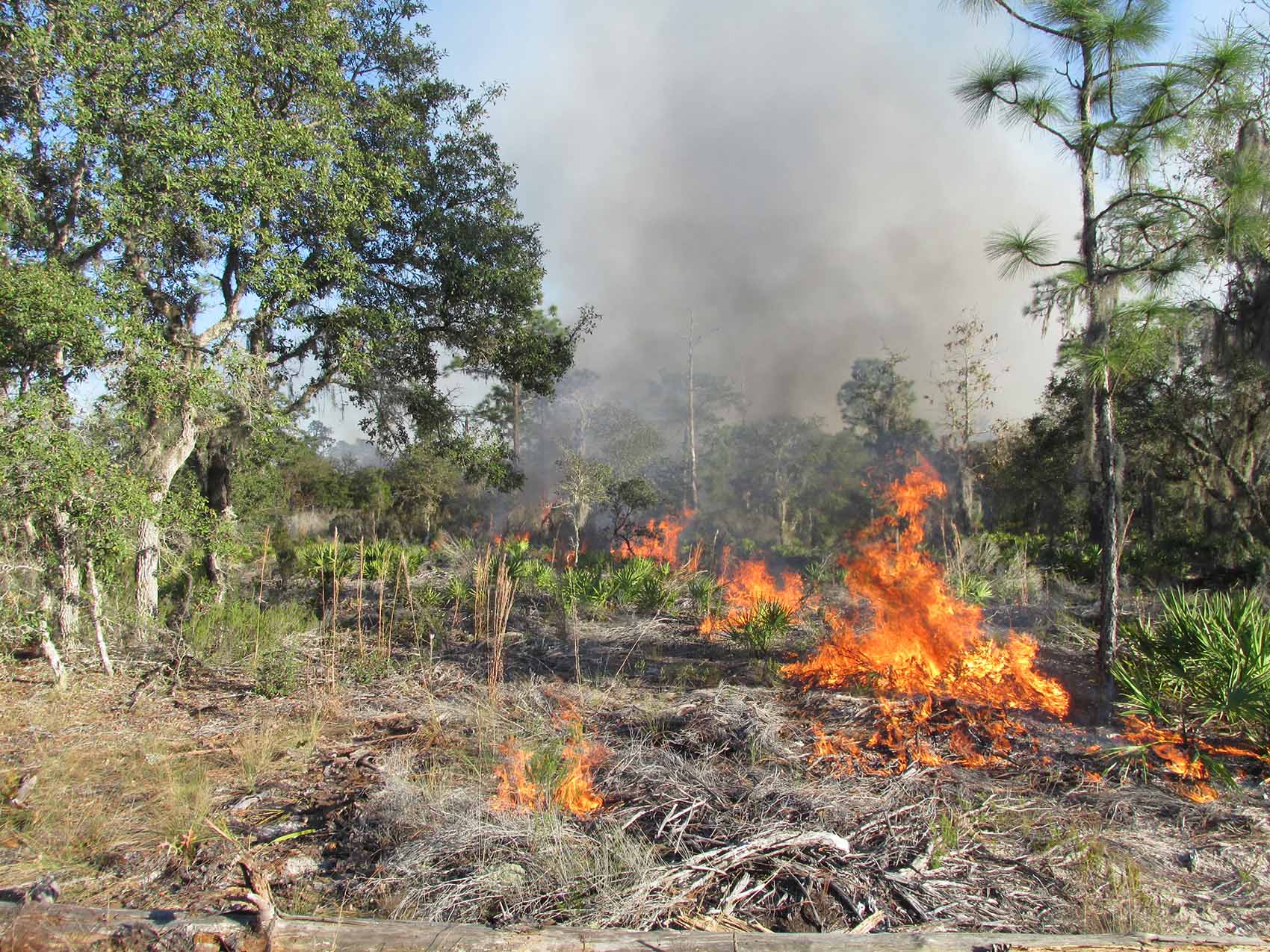 As a private landowner -- farmer, rancher, forester, businessperson, hunter or conservationist - you know more about your Florida land than anyone else. You know the wild animals and plants keeping your land healthy and brimming with life. Your land may have been passed down through generations of your family. Or perhaps you are beginning the tradition of letting your children and grandchildren inherit your land and all its natural beauty and value. More than half of Florida’s land area is held in private ownership. The FWC recognizes the critical role that private lands play in providing sustainable wildlife populations and wildlife habitat.

The Landowner Assistance Program, housed within the FWC's Office of Conservation Planning Services, is a cooperative, voluntary effort among Florida private landowners, the FWC and other partners to improve habitat conditions for fish and wildlife. Biologists with the Landowner Assistance Program can help you as a private landowner manage your land to benefit wildlife as described in the guide to private lands partnerships to help conserve Florida wildlife.

Your land stewardship is beneficial not only to you but to your neighbors, community and state. What you decide to do as a land steward can be tremendously beneficial to the survival of our wild Florida, so intertwined in our lives and economy. 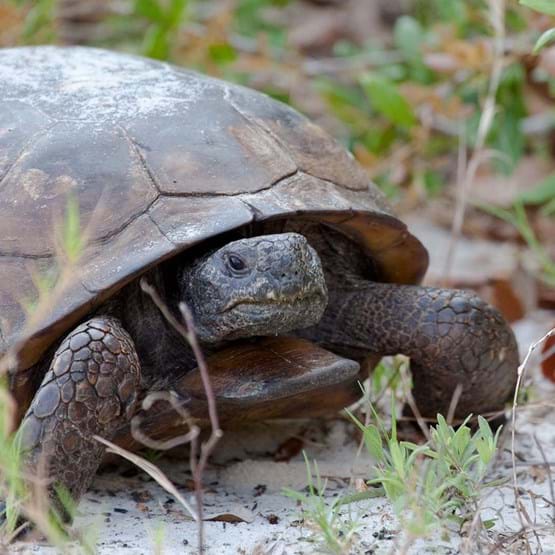 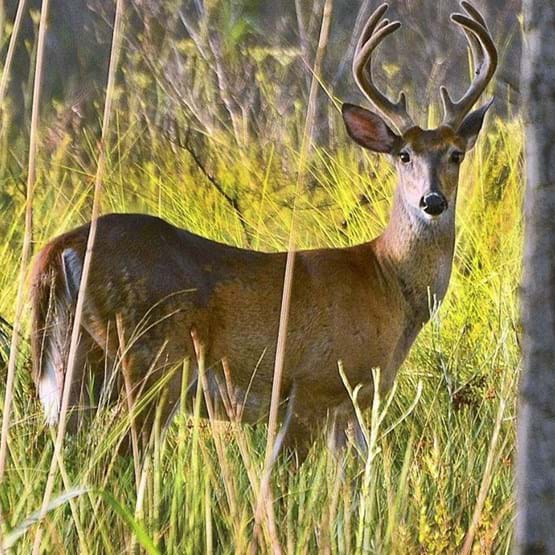 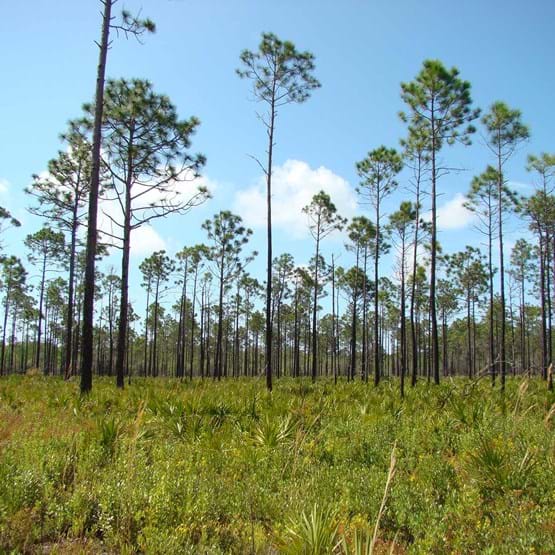 There is a treasury of wildlife habitat on Florida’s privately owned lands. Two landowners talk about their partnership with the FWC’s Landowner Assistance Program and their success in restoring longleaf pine habitat.

We want to hear from you!

Get in touch with our biologists to learn more about the Landowner Assistance Program!

The Landowner Assistance Program can provide technical assistance and conservation plan preparation at no cost for private landowners, as well as recognition and education to those participating in our programs. There are no acreage limitations to receive habitat management guidance. 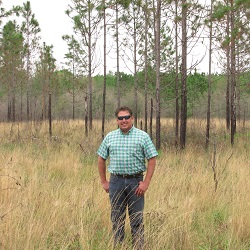 The Summers Plantation/Register Ranch is a 1,200-acre ranch owned by the Genevieve Family Trust and Troy Register in Suwannee County. This beautiful property was acquired in the early 1950s as a mixture of slash pine silviculture, fallow row-crop fields and natural longleaf pine and turkey oak sandhill habitat. Believing this land should support native wildlife as well as provide revenue, the Register family wisely chose to use the existing fallow fields to plant high density longleaf pine for pine straw and lumber production while maintaining and improving the natural areas.

The management strategy at Summers Plantation/Register Ranch has resulted in approximately 40 percent of the land being devoted to potential income and 60 percent being managed for wildlife. Troy Register and his 18-year old son Whitt manage this property with growing season prescribed burning, rotational mowing of the young pine stands before straw production, food plot establishment and invasive species control. Troy was assisted by the Florida Forest Service, which helped him achieve prescribed burning goals and provided him with a Forest Stewardship Plan (2015) written by his county forester. Troy also received guidance on wildlife habitat management from the Florida Fish and Wildlife Conservation Commission’s Landowner Assistance Program.

The Register family demonstrates a deep and profound land stewardship ethic. An example of this stewardship is Troy’s approach to food plot establishment. Following sound game management guidelines, Troy establishes food plots to cover 3 to 5 percent of the property and then maintains them “in place” to avoid the unnecessary destruction of important native groundcover which would be caused by disking up new areas each year.

The Register family enjoys seeing the great diversity of wildlife benefiting from their land management practices. Troy, Whitt and other family members hunt deer, quail and wild turkey on their land. In fact, Whitt’s first turkey was taken when he was just 3 years old (with just a little help from Dad!). Other animals routinely observed on this ranch include imperiled species such as the gopher tortoise and Sherman’s fox squirrel and common species like the cottontail rabbit and numerous songbirds.

“We do not own the land, we are the stewards of this land who have a responsibility to manage to the best of our ability for the benefit of future generations,” Troy said. 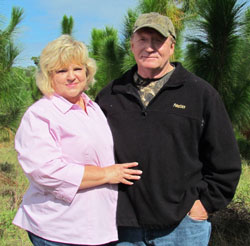 Steve Lee has invested his knowledge, work and pride in the 103 acres he and his wife Rosemary are conserving for wildlife in Columbia County, and the results are evident. He is seeing more whitetail deer, black bear, wild turkey and bobcat on his land and tells of large bucks wandering through - some so familiar he and his granddaughter named them as they watched from a deer stand. “I saw 12 deer the other morning,” Lee observed.

He shows visitors the longleaf pines he planted five years ago, now green, healthy and taller than he is. He knows he is helping restore the longleaf forest that once carpeted north Florida and the southeast United States. He also acknowledges his growing respect for the threatened gopher tortoise and says his land is providing habitat for an expanding number of tortoises and their burrows.

“Some day when I’m dead and gone, my granddaughter will enjoy it,” Lee said of his conservation efforts. “We’re blessed. It’s worth it to me.  This is the way it used to be.”

A retiree from his job as a postmaster in Lake City, Lee works hard to keep his acreage healthy and wildlife friendly. He’s out here regularly for the periodic planting, mowing and prescribed burning that his property needs to support wildlife. He is a partner with the Landowner Assistance Program (LAP) of the Florida Fish and Wildlife Conservation Commission (FWC) that created a wildlife management plan at no cost to help him maintain and restore traditional Florida habitats. The plan is a detailed manual on what he can do voluntarily to enhance his land for to sustain wildlife.

“I’ve learned a lot,” said Lee, who participates in LAP workshops and is involved with LAP partners such as the Florida Forest Service and Natural Resources Conservation Service (NRCS), part of the U.S. Department of Agriculture. The NRCS Wildlife Habitat Incentive Program (WHIP) assisted him with the expense of managing longleaf pines for wildlife habitat. Increased use of prescribed burning and mowing “helped me more than anything” to restore wildlife habitat, he said. “We’ve done it more. We always tried to do it if we could. It regenerates.”

On a day in early November, Kris Cathey, an LAP regional biologist, is pleased to be walking the property with Steve and Rosemary as they show off the results of their determination to keep this land a piece of the older, wilder Florida that Steve remembers from his boyhood. Cathey notes that the Lee property, adjacent to Suwannee River Water Management District lands, functions as an extension of the wildlife corridor in this area. It contains north Florida flatwoods, wetland hardwood hammock and swamp hardwoods.

As a third-generation Floridian, Lee is determined to make this peaceful piece of Florida land just west of the Suwannee River and south of the Georgia line into a legacy for his teenage granddaughter. Rural Florida wilderness is in his blood, since he grew up on a large farm in Suwannee County where his father “worked with his hands and it was his pride.” Growing up, Steve was the son who went out with his father on Sundays to look over the crops and land, and he would head to the woods and streams for hunting, fishing and watching wildlife, things he still prefers to do with his time. He said he and his wife happily made the choice to keep this land and maintain it for native wildlife rather than selling or developing it. While generating income from producing timber and pine straw remains his primary land management objective, Lee decided enhancing habitats for resident wildlife species should be included in that goal.

“You take some, but you got to give back,” Lee said of his land. “You have to take a long-range prospectus. It doesn’t happen overnight. My father always said when you sell something it’s gone but if you get land and keep it, you can pass it on.”

The manager of Blackbeard’s Ranch partnered with the FWC and Florida Forest Service on a prescribed burn that will improve the habitat there for both wildlife and cattle grazing.

Ready to Get Started?

We love working with landowners to improve wildlife habitat, find financial support and much more. Fill out our Landowner Assistance Program Form today to let our biologists know how they can help you. 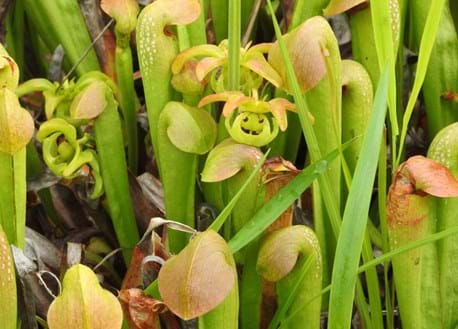